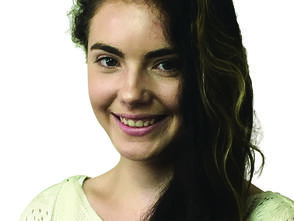 PRINT APPRENTICE OF THE YEAR WINNER

Gaining an insight to the sector while at high school through a once-a-week placement at a local newspaper, Vanessa went from knowing next to nothing about print to knowing this was something she wanted to pursue as a career.
Vanessa is thrilled to have been acknowledged in this amazing industry as Print Apprentice of the Year.

Workplace Trainer of the Year

This award recognises the person that has made a significant contribution to the training programme in their workplace.

Allen has been a champion of training for many years at a company that has long supported training.  He has a wealth of knowledge that he willingly shares and regularly identifies candidates for training and then mentors them through the programme.  He has had many successes with this, not the least being his latest protégé who was named employee of the year.

Training Company of the Year

This award goes to the company that has made an outstanding contribution to providing training opportunities to their employees and recognises the importance of training to the future of the industry.

Graphic Packaging carries out training across a broad range of topics and uses this as a focus for the future in improving quality, reducing accidents, and most importantly for succession planning. All staff have a training matrix which is reviewed annually and they are regularly looking for new opportunities to train.

Apprentice of the Year Sector Winners

Heidelberg Sheetfed Apprentice of the Year

He feels humbled to have had the apprenticeship opportunity with Ovato, particularly as he is older than the average apprentice.  he was thrilled to gain the subsequesnt recognition of being named the top sheetfed apprentice.

Ryan entered the print industry five years ago as a print assistant and jumped at the opportunity to move into an apprenticeship. He has loved being able to take full advantage of the abundance of learning opportunities at Hally Labels and is particularly inspired by the array of visually stunning labels they produce.

He describes the awards recognition as a "massive and welcome suprise", particularly given current events throughout the world.

Parth entered the print industry four years ago, initially in an odd-jobs capacity while completing his studies. He has since thrived within the hard-working team at McHargs. Parth is grateful to have received this year's award recognition and expresses appreciation for the personal inspiration provided by his seniors, colleagues, parents and fiancee. He is keen to keep on improving what he does to achieve even more in the industry.

When entering the sector as a print apprentice in 2016, Bonny Seymour says he was attracted by the opportunity to both make a significant change in his working lifestyle while also better providing for his growing family. He regards gaining a trade certificate as a high honour.

The apprenticeship was no easy road for him but he left no stone unturned and hopes to go on and inspire other apprentices".

GAPF Digital Apprentice of the Year

Gaining an insight to the sector while at high school through a once-a-week typesetting placement at a local newspaper, Vanessa has enjoyed a rapid evolution in the five years since.  From knowing next to nothing about the print industry and graphic design to after just a few weeks knowing this was something she wanted to persue as a career with the chance to be creative and expand her knowledge.

Competenz Diploma of Print Management Student of the Year

Taryn started he career as an apprentice in the industry and recognised the value their training provided and wanted to continue on with that. The Diploma has helped hugely with her confidence in having a say in the workplace and knowing her voice will be heard. Taryn is using her learnings to implement a formal quality management focus for the business.